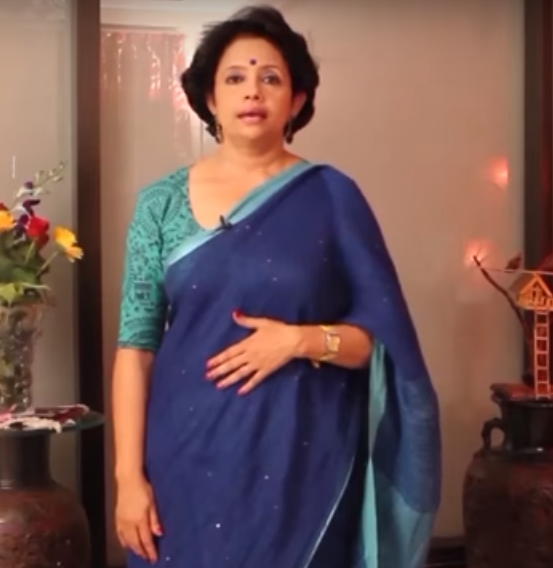 Physicsacademyonline.in / PhysicsAcademyOnline.com is the brainchild of Srabani, a committed educationist, former Research Associate in WHO Projects and an involved mother of a grown-up engineering student.

While raising her child in Middle East, she was often frustrated by the dearth of reliable physics educators. The boy, who was sincere and focused, required constant assistance at a personal level beyond the school hours.

The need was felt more acutely in higher classes when a student prepares for the gruelling College Entrance Examinations. However, good teachers were scarce, and if any, they could be reached only at great cost and effort.

This real-life problem was the genesis of a thought of a website where students can access from home quality video lectures on varied topics of physics, delivered by a physics educator of unquestionable standard! About one year back, while still searching for the right teacher for her son, Srabani came across Neil.

Neil has an engineering degree from the prestigious Indian Institute of Technology. However, he has been passionately pursuing a career in physics teaching for nearly three decades.

He has a book on Newtonian Mechanics under his belt, which has been acclaimed for its pedagogy by world's leading academics and journals. Most importantly, Neil was nurturing a dream similar to that of Srabani. Thus, PhysicsAcademyOnline.com / Physicsacademyonline.in came into being.

At Physicsacademyonline.in / PhysicsAcademyOnline.com, we shall initially focus on developing quality video lectures on varied topics of physics.

Physics, as it is being taught at advanced school level and first-year undergraduate level, can be broken down into several branches such as Mechanics, General Properties of Solids and Fluids, Thermal Physics, Waves, Electricity and Magnetism, Optics, and Modern Physics.

Each branch consists of several topics, which can be further broken down into numerous subtopics. We shall prepare videos of duration 30 minutes to 120 minutes approx. on each of these subtopics. Keeping in mind the general perception that physics is a difficult subject, the following features will be implemented:

We are confident of getting your support and appreciation. That will inspire us to add new features to our website, such as question & problem banks, doubt removal sessions etc.


Why is online Physics coaching more advantageous than classroom coaching for +2 Board and Competitive Examination candidates?

While reputed classroom coaching has its benefits, it has some glaring drawbacks. Students living in small towns and remote areas cannot attend it. City students who can attend it lose valuable time, energy and concentration while travelling from home to class and back. In a classroom full of students, you cannot expect special attention from your teacher nor can you clarify your doubts with confidence. Online coaching of high quality not only delivers all the benefits of classroom coaching, but also gets rid of the latter's drawbacks. Students living anywhere – whether a large metropolis or a remote village – can attend world-class online coaching sitting in the comfort of their homes ! You get the undivided attention of your teacher who, if articulate, talks to you alone through the screen. If interactive, he responds to your specific queries and clears doubts in complete privacy. Online coaching can be both engrossing and enjoyable, making use of excellent tools not available to a classroom teacher.

If I decide to take online Physics coaching, why should I choose PhysicsAcademyOnline.com over other alternatives?

You should choose PhysicsAcademyOnline.com simply because we are among the very best in the country, beyond the country. Our video lectures are based on original study material, reviewed and acclaimed by leading academics of India, Europe and US. The lectures deal with various topics exhaustively, in great depth and detail, often with colour diagrams and illustrative examples. The teacher is extremely articulate and interactive, creating solid rapport with the student across the screen. All lectures are graded and arranged to facilitate quick search, selection and access. Apart from the basics, we discuss a large variety of Physics problems to sharpen your problem-solving skill and to make you battle-ready for the Board and Competitive Exams.

I am studying at +2 level under ISC Board /CBSE Board/ IB Board / State Education Board. Will I benefit by watching the video lessons?

Yes, of course. Our video lectures are based on our own study material which is absolutely original and copyrighted. While preparing the study material, we consulted the syllabuses of all major Boards of India and abroad. This is because we wanted our video lectures to have universal appeal, catering to students of all Boards at +2 level. Whichever Board you may belong to, feel free, choose a topic from your Physics syllabus, search for the relevant video(s), and you will find it. In addition, if you come across a video title which is not in your syllabus, it's your choice whether you will watch it or ignore it.

Why are you giving us only twice the official duration of a video lecture at a stretch instead of giving us longer time to watch, for example one week?

We are giving you twice the official duration of a video lecture, because you may require to re-watch a part of lecture to fully absorb it. Moreover, you may need to pause in between to attend to small distractions. We are allotting this time at a stretch because, we believe, you should remain totally focused until you finish watching the lecture. That's the way you learn a topic best – not by watching in bits and pieces over one week or so. This is particularly true when a student at +2 level has to study not only Physics, but some other demanding subjects as well. However, if you need to brush up any particular topic before the exams, you can watch the relevant video(s) again using discount coupons.

Why should I watch basic-level video lectures first before watching advanced-level lectures?

The strongest point of PhysicsAcademyOnline.com is its scientific pedagogy. Physics is a demanding subject, and we are committed to teaching it step by step so that there is no room for doubts in a student's mind. Of course, our final goal is your success in Board and Competitive Exams. But you cannot achieve that overnight using dubious shortcuts. You should watch basic-level video lectures first, because they explain the Physics theories lucidly with numerous colour diagrams. Simple numerical problems are used to show application of the theories. Once your fundamentals are clear, you should watch advanced-level lectures which discuss solutions of relatively difficult Physics problems. Since you have done your theories well, you don't remain a passive student but quickly learn the techniques of problem-solving.

What are the offers and incentives you are giving?

How can I buy a large number of video lectures, say one or more complete chapters, at a time?

If you want to purchase a large number of video lectures at a time, say the full course or any number of complete chapters, get in touch with us. We shall offer you an attractive discount.

What people say on the contents of our video lectures

Disclaimer: The comments have been made on the book "Enjoyable Physics", based on which the video lectures in Physicsacademyonline.com are prepared. The author of the said book and the teacher delivering the video lectures are one and the same person.

This will definitely enrich the confidence of the students to face any competitive exam at senior secondary level including NSEP, IITJEE and INPhO. ... It is really a joyful experience to learn and study basic classical mechanics with the help of 'Enjoyable Physics'. Responsible teachers can use this book to make their teaching lively and inspiring, instead of rote lecturing to the students.

—IAPT Bulletin, published by The Indian Association of Physics Teachers

Each chapter is filled with examples graded from simple to difficult. At the end of each chapter are a range of questions, some are short answer, others are multiple choice and finishing with a series of more in-depth problems. Illustrations abound ... As well as the traditional diagrams are much more individual ones, reminiscent of the classic 'Physics for the Enquiring Mind' by Eric Rogers.

'Enjoyable Physics'is definitely comparable to the best ones on physics of similar standard. ... Although the book is addressed to students taking IIT-JEE and pursuing undergraduate courses in physics, I would strongly recommend it to all students of physics, whether undergraduate, postgraduate or research student, and also to all practising physicists, whether a physics teacher or researcher, who want to enjoy physics.

What makes this text particularly appealing is the variety of different examples, exercises, and questions, designed to engage the reader on multiple levels. Humorous puzzlers are mixed in with more traditional fully worked and guided solution examples, providing a wealth of material for students and instructors.